We have been supporting businesses and organizations for over 60 years! 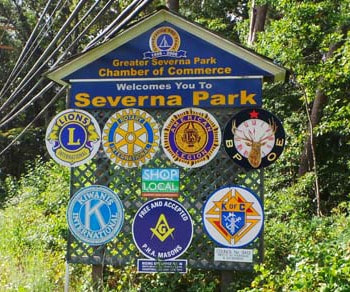 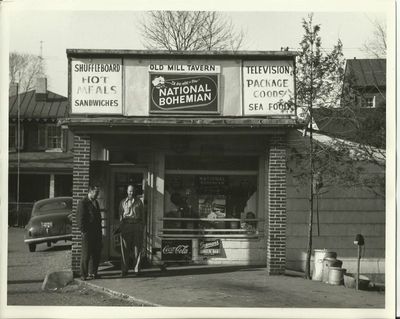 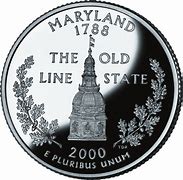 Betty's father, Walt Winkelmeyer, teamed up with a few of his fellow business owners — probably about 25 in total, if Wells had to guess — to form the Severna Park Chamber of Commerce, today known as the Greater Severna Park and Arnold Chamber of Commerce.
Winkelmeyer served as the first president in 1957, and the chamber quickly became popular. Fees were low, paying only for the paper processing, and membership included everyone from storeowners to Tupperware ladies. “They all wanted to be part of it,” Wells recalled.
Many members today see the chamber as one of the reasons Severna Park thrives as a community. “The population of Severna Park was growing over the years, and more and more businesses were fulfilling the needs of people in the area,” said John Barranco, past president of the chamber’s board of directors, whose father, Bob, opened their family business, Barranco & Sons Funeral Home, in 1960 and served as president in 1962. “I remember my parents had groceries delivered by Listman’s; there was a produce man who used to drive around; doctors would make house calls. It’s changed quite a bit since then,” Barranco said. “The chamber has helped businesses succeed because it’s a network and it offers the opportunity to connect with others.”
In addition to holding networking events and serving as a legislative voice, the chamber began holding community events for the enrichment of local culture, most notably in 1975 with the Severna Park Fourth of July Parade.
The chamber took office in the historic Regester Building on Holly Avenue in 1995, turning what was once a private residence into a functional community meeting room after successfully raising $25,000 to burn the mortgage on the building!
Over the years that followed, the calendar filled up with community events — including the Fourth of July Parade, the Shop Local Fun Festival, the Health and Wellness Fair, Restaurant Week, and the Christmas tree lighting ceremony.
The chamber’s efforts to promote shopping local have resonated with residents. “Even when the economy was rough, I knew Severna Park was always strong because the people support the merchants,” Wells said, adding that the chamber’s mission is every bit as relevant today as it was in decades past because it helps entrepreneurs get the exposure they need.